skip to main | skip to sidebar

Memories of Adventures Past.... Part 2

When I left Nantucket last year I made a stop in New York to wander around a bit and to catch a show. So here are just a few pictures of the great city of New York City. The first one is just a random, giant arch in Brooklyn. I went to a botanical garden there and it was so beautiful! I just love all the flowers and trees they had. The second picture is a castle that's right in the middle of Central Park. At the time I knew what it meant and why it was there but I have since forgot. I know, I know, another reason I should have blogged about it when it was fresh in my mind. The third and fifth pictures are of the Brooklyn Bridge. My hotel was in Brooklyn and I walked over the bridge into Manhatten. There were loads of people there. It was great! Then the fourth picture is of a completely random, manmade waterfall. I have no idea what it is doing there. You can only see it from the bridge. Maybe it has a purpose that I am not aware of. If so, please tell me. It seems rather pointless to me.

So, I had walked over from the hotel and wandered around Central Park for a few hours. I had a ticket to see Wicked (which was an amazing show!!) and left myself plenty of time to get there. Well, I pretty much got lost in Central Park. Not to worry though, I still had a lot of time to get to my destination in time. I kept walking and walking and walking and walking. I felt a little like I was going to in circles. The paths are all windy and twisty so you really don't know what direction you are going in after a while. FINALLY I found a main-ish looking street. It was getting perilously close to curtain and I was NOT missing my show!! I hopped in the first cab I could get and told him where to go. I was so worried that I wouldn't make it in time. Well, the cabbie asked if I was from out of town and I told him I was from Utah. He laughed a little, turned the corner and pulled over. We were there. I feel a little foolish that I could have walked and been on time but let's face it, as much as I would have like to have blended in, I was a tourist and I no idea where I was. At least I wasn't late for Wicked! YAY!! 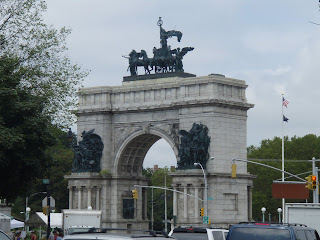 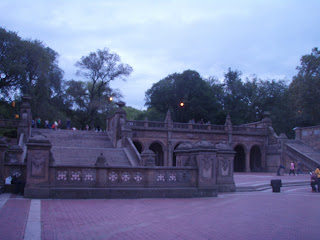 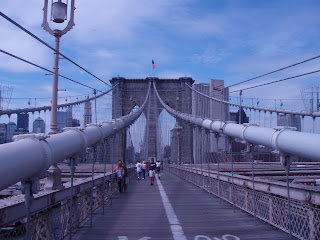 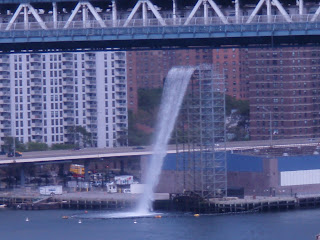 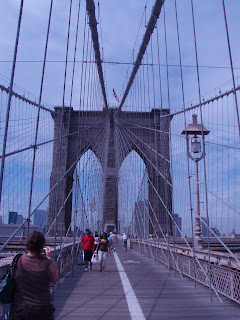 Look at you blogging all the time now. I might just have to move you up on my list. I really should get the list where it tells you when someone last blogged, that would be the most helpful. Anyway I love it. You are awesome cuz.

You are one brave soul. I don't think you should be walking Central Park alone. Next time, ask me to go with you.